Like I mentioned last time, properly designing and explaining an ECS is best if done in the context of a game. I am actually designing a game while doing it, but for explaining it I want a very simple game.

Breakout is very simple (and is one of the first games I’ve ever owned back on my Atari 2600), so I’m satisfied that it’s a good choice.

I will, however, expand a bit on simple breakout in order to use a bit more functionality out of ECS. Instead of single player Breakout, I’ll make Breakout Deathmatch!

Instead of just one player, there will be two. Here’s the basic design: 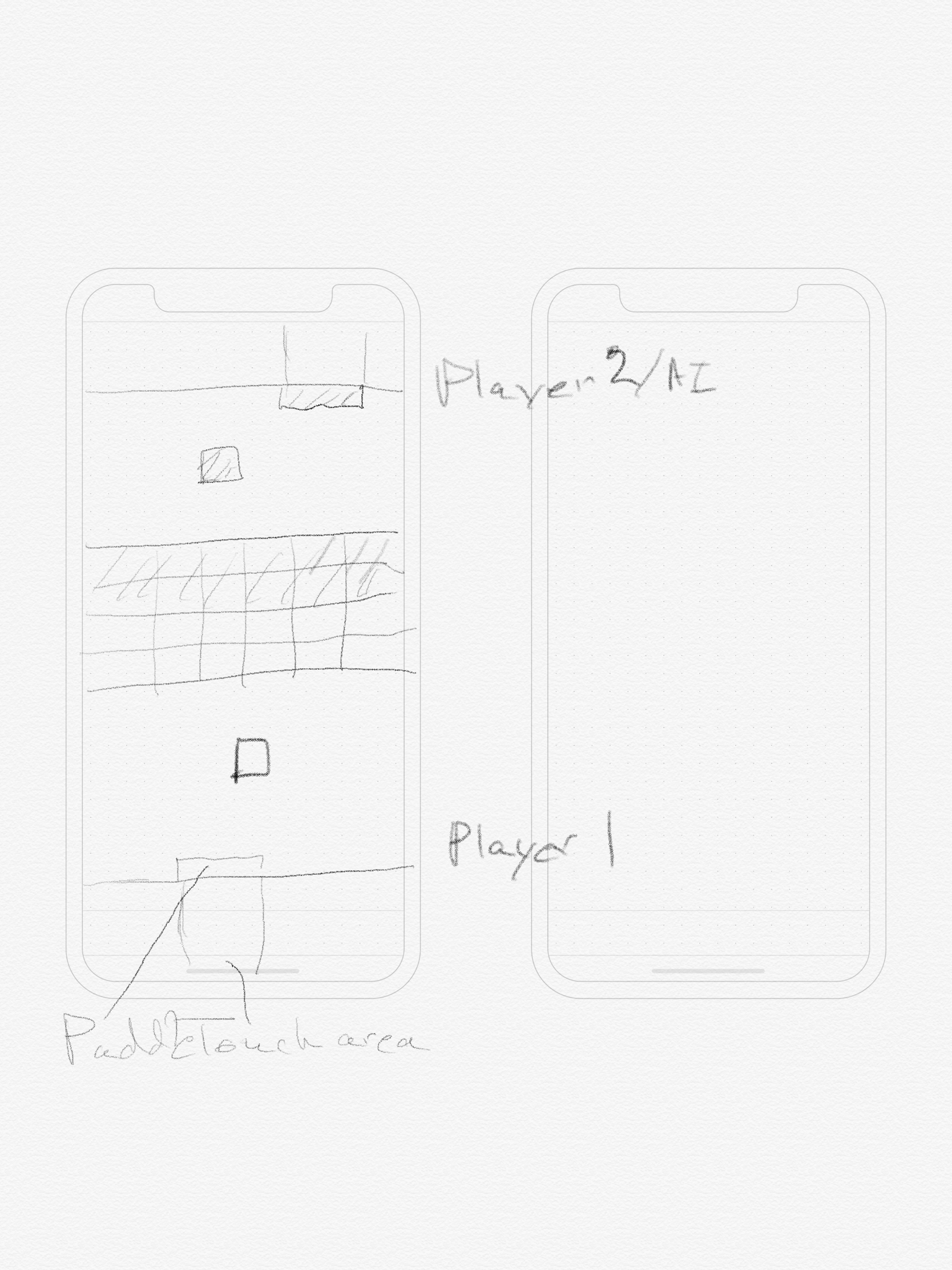 Please excuse the horrendous drawing. Another benefit of doing Breakout is that it won’t require anymore of my art.

We’ll get back into actually implementing this and see the basic patterns for a system.

All posts about the development of SwiftECS can be found here

You May Also Enjoy

One of the main reasons I decided to include a game example while documenting the ECS development is that I found that much of it is about the pattern that I...

Another Vuelta Win for King

Can’t believe he got another win in the Vuelta. He looked absolutely trashed after the stage. Luckily tomorrow is a rest day.

I’m so excited to see Ben King win a stage in this year’s Vuelta. A truly epic ride.

On the surface components are fairly simple. In ECS, a component, is basically a set of properties that an entity has. So if the entity is located somewher...